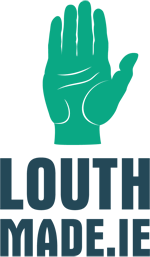 Launched in 1956, the Heinkel microcar, popularly known as a bubble car, used a 175cc four-stroke single-cylinder engine originally developed for a motor scooter.

They were produced at an opportune time as demand for low cost personal transport had increased in the post-war period.

Manufacturing of the ‘Heinkel-Kabine’ at the Heinkel works in Stuttgart, Germany following the success of the BMW Isetta and Messerschmitt KR200 Kabinenroller. Heinkel used aircraft manufacturing principles to make a lighter yet faster car.

In 1958 Heinkel in Germany were losing money on each car they sold and they stopped producing microcars. They sold the license to world-wide rights for the manufacture and sale of the Heinkel-Kabine to Dundalk Engineering Works in Ireland. Initially cars were assembled from parts manufactured in Germany but full production started from October 1958.

The Heinkel was manufactured in two versions, a 3-wheeler and a 4-wheeler and it had room for two adults side-by-side and a small seat in the rear for a child. The 198cc engine supplied by Ernst Heinkel Ag was housed under the rear seat. but it was said to be easy to get at for repairs.

It had a top speed of 56 mph (nearly 90 km/h), could run at 75 mpg with the 198 cc engine. Access to inside was by an opening front and the fabric sunroof served as an emergency escape hatch should the front become jammed in a collision.

A substantial number of Irish built cars were exported to the UK as they did not sell well in Ireland. The future seemed bright but by December 1960 Heinkel production was suspended ‘due to export difficulties’. In total 6,486 models were manufactured at the Dundalk Engineering Works between 1958 and 1961.

In 1962 assembly moved to Trojan of Croydon, England and gave it the name ‘Trojan 200’. Demand for bubble cars quickly gave way to a desire for larger motors. Its popularity was particularly hit by the BMC Mini when it came onto the market.

An Irish Heinkel stands proudly at the entrance to County Museum, Dundalk, Ireland permanent industrial exhibition, where it never fails to raise a smile! They also appear to be adored by their owners and greatly appreciated by car enthusiasts.