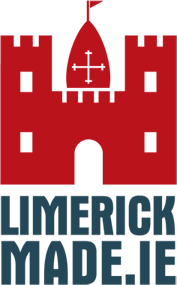 As part one of a two-part series, we are bringing you a feature length video episode on a very special Irish assembled 1959 Plymouth and its 63-year journey from saloon to hearse to Rat Rod.

The Plymouth Belvedere range of cars were made by Chrysler from 1954 until 1970. In 1959, Chrysler of Canada shipped from their plant in Windsor Ontario, 12 of their “Completely Knocked Down” (CKD) kits for the Plymouth Belvedere to the F.M. Summerfield Works at 138 Baggot Street Dublin. From these kits, Summerfield’s then assembled 12 right-hand-drive, four-door saloons (sedans). At the same time, Chrysler also shipped 24 right-hand-drive seven-seater ‘Coronado’ limousines that were first stretched in Belgium before shipment to Ireland also as “Completely Knocked Down” (CKD) units for assembly at the Summerfield works. We will be featuring the 1959 Plymouth Coronado in part 2, coming soon.

Of the 24 limousines assembled in Dublin only 3 survive and 2 of them are owned by Limerick man and welder by trade and now car restorer/ conservationist Pat Conroy. Of the 12 saloons, only a Pat’s car has survived. Most of the parts in the CKD kits came from Canada with the flat-glass, fluids, tires, and leather seats being sourced in Ireland.

In the 1970s a Co Kerry Funeral undertaker had this last remaining 4-door Belvedere coach-built into a hearse and had the rear doors welded shut to make a two-door car.

As a 19-year-old a part of Pat’s inspiration for buying the Belvedere was having seen the 1983 movie Christine and he really took a shine to the car. However, there were not too many 50s Plymouth Belvederes floating around in Co Limerick at the time until a chance meeting brought Pat to his dream car.

It was while in conversation with the Williams family in Patrickswell in 1990 that Pat casually mentioned his own love for 50’s American cars, just as casually it was dropped into the conversation that the family had a 1959 Plymouth Belvedere hearse parked around the back of the house and that it was for sale.
When the deal was done, Pat moved his Plymouth Belvedere to a nearby shed rented to him by Liam Chawlk and set to work. Pat began by removing the hearse body and immediately discovered that the work completed in the 1970s to turn the car into a hearse had butchered the 4-door saloon. Removing all the body panels, he sanded down the chassis, which was in very good condition and began his search for a donor car as he required a rear-quarter roof, rear windshield, boot (trunk) door, and boot door surround.

Then not long after Pat’s career took off and he was working abroad, and in his own words, “life got in the way” and he lost contact with Liam and the car was out of his life for the next 26 years.

In 2016 fate and this very same Plymouth car intervened again when Pat bumped into Liam Chawlk at a funeral and asked after his long-gone, but not forgotten Belvedere. Pat was amazed to be told by Liam that the car was still in the corner of a shed and had not been touched since Pat had last worked on it.
Pat asked to see the car and was dismayed by what 26 years of neglect had done as the car on closer inspection was in poor condition with the front pillars rotting, the sills hanging off the body and due to a poor conversion into a hearse in the 1970s, the door pillars had spread, and the roof was sagging. However, remembering back 26 years Pat recalled his work to preserve the chassis and it was still in good condition, so all was not lost.

Considering the journey Pat had already been on with this car, he felt he really could not let this important part of Irish motoring history disappear forever as this was a 1959 right-hand-drive Irish assembled car on an Irish registration and so he set about his mammoth restoration.

Pat was able to source all of the bodywork panels that had been discarded in the conversion to the hearse from a donor limousine (now in dry-storage with the bodywork braced and awaiting its own restoration) and using his welding skills was able to restore and refit the boot (trunk) and surround, rear window and rear roof section.

Wanting reliability, power and the heavenly purr of a V12 Pat sourced a rusting 1978 Jaguar XJS and lifted out the 5.3 litre 283 hp (211 kW) engine. However, it was not an easy refit into the Belvedere as surprisingly the previous big-block American engine was smaller than the Jaguar V12. The solution was to take the car apart, fit the engine and rebuild the car around the new engine.

After a period of running-in, Pat concluded that the GM transmission as fitted was not performing properly and he then had to open up the floor of the car, as he couldn’t remove the engine and fit a reconditioned GM automatic transmission sourced from the UK.

Pat has had the car back on the road since 2019 and as he says himself the car is steady and smooth on the road. While his driving style is to cruise, on occasion the ‘boy racers’ have a go. The response from the unflappable Pat, is to,” give it a bit of shoe, and they disappear in the mirror!”

Pat took us for a spin in his Rat Rod and we can attest that it is a super-smooth and comfortable car. Once you get over there being no seatbelts or airbags and an iron dashboard, it is a fantastic car to drive and the hum from that V12 is mesmerising. As you can hear from the video, we giggled our way down the road.

As with all classic and vintage cars the work is never completed, and Pat has recently rebuilt and refurbished the leather seats and resprayed the steering wheel.

The Ireland Made team would like to extend our special thanks to the owners of Castle Oliver for their generosity in providing the location for our shoot.

Credit : Thanks to Michelle, Chloe and Pat Conroy.