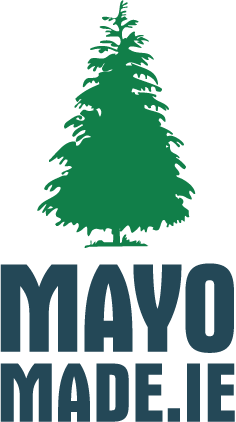 Mechanical Engineer and Castlebar native Louis Brennan (1852 – 1932) devised and patented (1903) a monorail locomotive with gyroscopic stabilisers which he had first thought about when completing his apprenticeship in Australia after seeing at first hand the construction difficulties caused by developing railways in the bush.

On 15 October 1909, a full size ‘Gyrocar’ prototype ran for the first time under it’s own power and carried 32 people around the factory track. The Gyrocar was powered by a petrol engine driving the generator which powered the electric transmission, gyro motors, air compressor, pneumatic-servo and electric motors located on both of the bogies. In 1910 a Gyrocar was built for the Japan-British Exhibition in London and on a mile-long monorail track, 50 people at a time where offered rides on a gyro stabilised 22-ton prototype able to take corners at speed while being kept steady by a pair of gyroscopic stabilisers called gyrostats.

The Brennan Gyrocar was awarded the Grand Prize for the exhibition. However the British government were not impressed, as they were concerned by the cost of each wagon requiring gyroscopic stabilisation, the possibility of the gyroscope failing and public confidence.

The monorail was not a success and Brennan was financially ruined. However by the 1980s Brennan’s monorail system was found to be a practical solution in the large cities of the world and systems were built in Japan and USA.