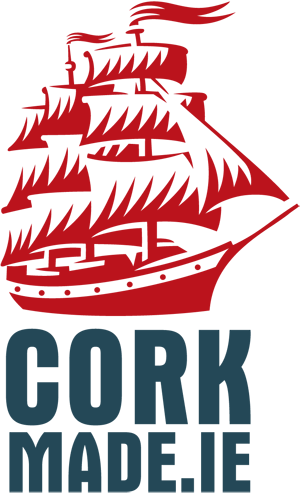 The SS Sirus was the first paddle steamer ever to complete that wild and dangerous trans-Atlantic route.

It was built in 1837 by Robert Menzies & Son, of Leith, Scotland and was placed on the Cork to London route and operated by the Saint George Steam Packet Co. of Cork. It was originally called the Dog Star and had a dog figurehead, holding between the forepaws a star, representing the dog star Sirius.

Two companies were building steamships for proposed transatlantic passenger services. One the British and American Navigation Company’s SS British Queen’ fell behind when the firm building her engines went bankrupt.

Construction on the rival SS Great Western, designed by the legendary engineer Isambard Kingdom Brunel, continued without interruption. The consortium behind the British Queen suggested the company charter Sirius to beat the Great Western.

On the 28th March, 1838, with Roberts in command the Sirius departed London for Cork. It proceeded up to Passage West to take on passengers. At 10 a.m. on the 4th April, 1838 Captain Roberts set sail. As the Sirius was “cheered loudly by the thousands of people who lined the shores, and the battery at Rocky Lodge fired a salute.”

On board were 40 passengers as well as “450 tons coal (some say overloaded), 20 tons water, and 58 casks of resin (an alternative engine fuel), besides an incalculable stock of other stores.” The Sirius was a tough ship and the journey proceeded with the crew able to manage and conserve the stocks of coal by burning four barrels of resin instead, and still had 15 tons of coal left on arrival in New York.

The Sirius arrived in New York a day ahead of the Great Western which had left Cork at the same time. The Sirius had cut the journey time between Europe and America in half, only taking eighteen days instead of the forty days that sailing ships usually required. A flotilla of vessels and many dignitaries arrived to inspect the Sirius as bands played and flags flew.

The Sirius sailed from New York on the homeward voyage on the 1st May. It reached London about the 23rd May, 1838. On arrival thousands of people assembled on the wharves to wish it “a prosperous passage, the battery saluting with 17 guns, a mark of respect seldom or never before to any merchant vessel.”

On his return to Cork, Captain Roberts was presented with a “service of silver value €240 (£200),” freedom of the city presented in a silver box, and from the town of Passage West “a large salver.” After the Sirius success, Captain Roberts was given command of the much-delayed British Queen on its transatlantic voyage in 1839.

In 1841 Roberts transferred to the newly built President, sister ship of the British Queen. While its fate is unknown, it is assumed that it was lost on 13th March off Ballycotton, Ireland, with all crew and passengers.