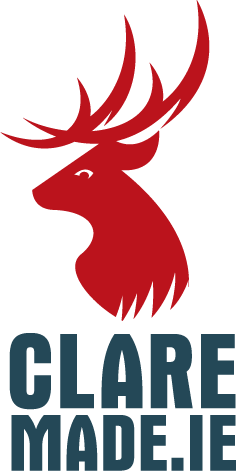 John Philip Holland was born in a coastguard cottage in the fishing village of Liscannor Co Clare in February 1814 and his family emigrated to the United States in 1873. After an accident he spent his recuperation time refining his first submarine designs and was inspired from reading Twenty Thousand Leagues Under the Sea by Jules Verne.

As a confirmed pacifist he surmised that the naval warfare waged by the most powerful navies of the world could be made entirely redundant by a vessel that could attack from underwater.

By 1875 he was ready to submit his designs to the US Navy for consideration, but they were rejected and deemed unworkable. However another interested party, were the US based Irish Fenians who went on to become the Irish Republican Brotherhood (IRB) who could see the possibilities of the submarine in their revolutionary fight and they funded Holland in his research which allowed him to resign his teaching role.

After launching on 22nd May 1878, full trials began on 6th June. After proving the concept of the submarine, the Holland Boat No. I prototype was stripped of her useable equipment and scuttled in the Passaic River, New Jersey. The submarine was re-floated in 1927 and is now on display in the Paterson Museum in New Jersey. Holland Boat

Such was the success of the river trails of Holland Boat No. I that the Fenian Brotherhood agreed to continue their backing of his research and financed building of Holland Boat No. II. In the financing of the vessel, the New York Sun newspaper came to name the vessel the ‘Fenian Ram’, (though she was not designed to ram a ship).

The Holland Boat No. II was a considerable jump forward in design with cruciform control fins mounted near the tail and she differed from other contemporary submarines in that she did not take on ballast until she sank, she maintained a fixed centre of gravity.

In November 1883 Holland had fallen out with the Irish Republican Brotherhood (IRB) and he persevered alone in improving submarine designs and success eventually came when on 17th of May 1897 the privately built Holland VI was launched. The Holland VI is more familiar to what we know today as a modern submarine as she was the first submarine with the capability of running under power for a considerable distance while submerged and having the ability to combine her electric motor for submerged travel and petrol engines for use on the surface.

After a number of years the Holland VI was eventually purchased on 11th April 1900 by the US Navy for $150,000. After undergoing rigorous trails she became a commissioned vessel of the US Navy on 12th October 1900 as the USS Holland. Her design proved successful and further vessels were built by the US and by The Royal Navy and Imperial Japanese Navy. After a life of invention and innovation and having realised his dream of the modern submarine, John Philip Holland died on August 12th 1914 in Newark, New Jersey.